Tariffs and Trade: Four Things You Need to Know 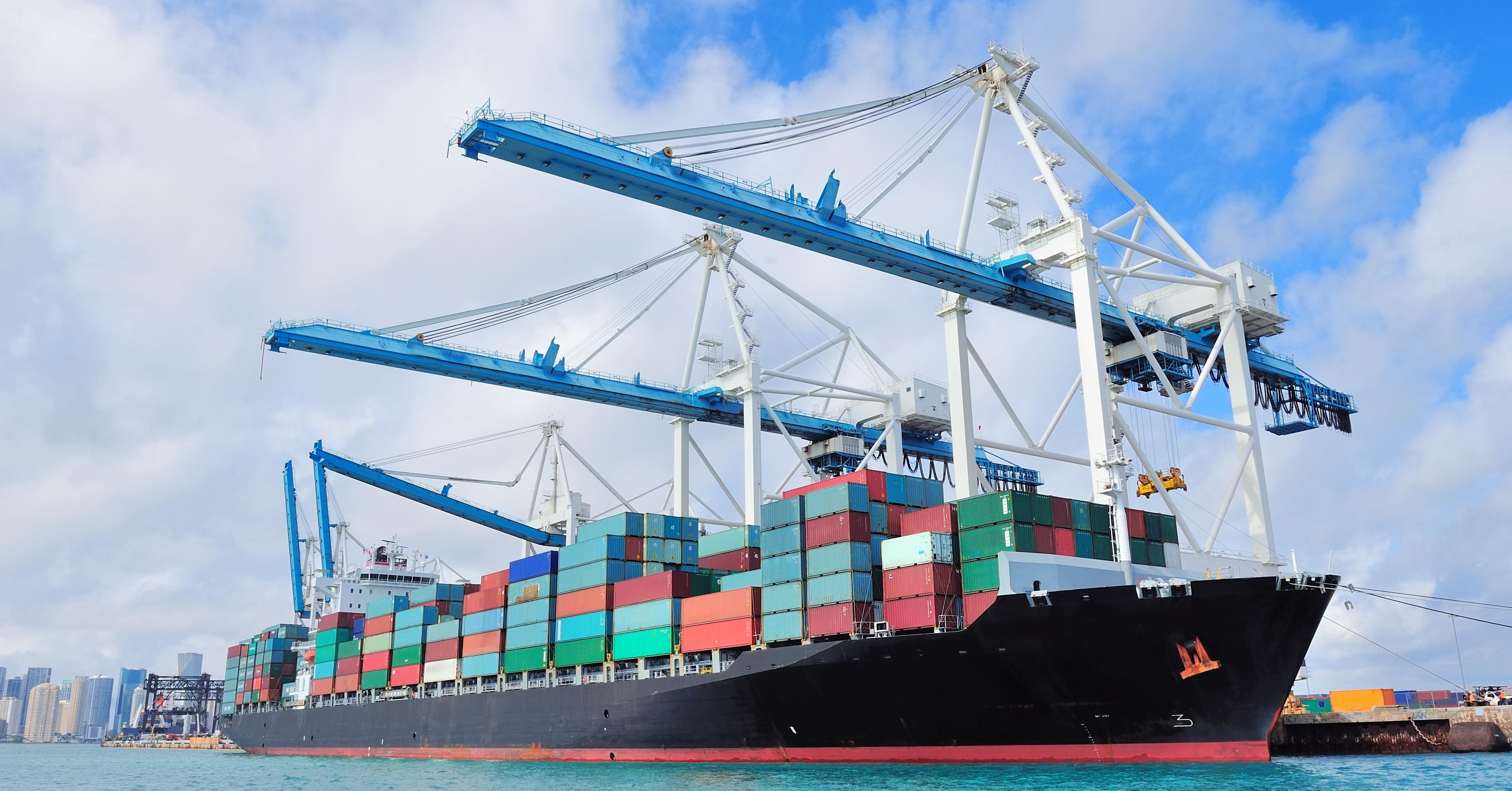 The recent scuffles between the United States government and our trade partners from Canada, China, Mexico and the European Union have drawn plenty of drama from the news media, with sensationalized headlines and considerable consternation.

The situation has been rapidly changing over the past several months, and it is understandable that many people are not well informed on this complex issue, which only adds to their concerns about how all this might affect them.

Here are some key points that will help you cut through the noise, nonsense and hysteria surrounding the issue.

1. The United Stated Understands Everyone Benefits from Free Trade

At the Quebec Summit of G7 countries in June, the United States called for unfettered, unrestricted trade among the countries within the group, with President Donald Trump announcing our desire for "no tariffs and no barriers, because that's the way it should be".

Moreover, the benefits of free trade extend well beyond consumers around the world. Free trade helps to spread the value of freedom, fosters economic development, and promotes adhering to the rule of law, particularly in the poorest of countries. The international debate over trade-related issues too often ignores these important benefits.

The positive effects of an open market are clearly evident in the stellar growth of the U.S. economy over the past decade. Since 1990, the U.S. economy has grown by more than 23 percent, adding more than $2.1 trillion to the nation's gross domestic product (GDP) and raising the wealth of the average consumer. The economy responded well to the expansion of trade that occurred after the signing of the North American Free Trade Agreement (NAFTA) in 1993 and the establishment of the World Trade Organization (WTO) in 1995 as a forum for settling trade disputes.

2. Re-examining Trade Rules with Canada and the European Union is a Good Thing

As individual nations weighed their options for re-building from the war, a prominent question was whether to align with the United States, or to align with communistic Russia. In this period of history, the United States chose to make available the very most favorable terms possible – beginning with the Marshall Plan, to get nations back on their feet and to keep them among the individual freedom ideology championed by the US. This led to the economic recovery of Europe and Asia, and long-lasting friendships between the very countries that were pitted against each other during WWII –Germany, Japan and the US. Everyone was a winner in this alliance, and remain so to this day. 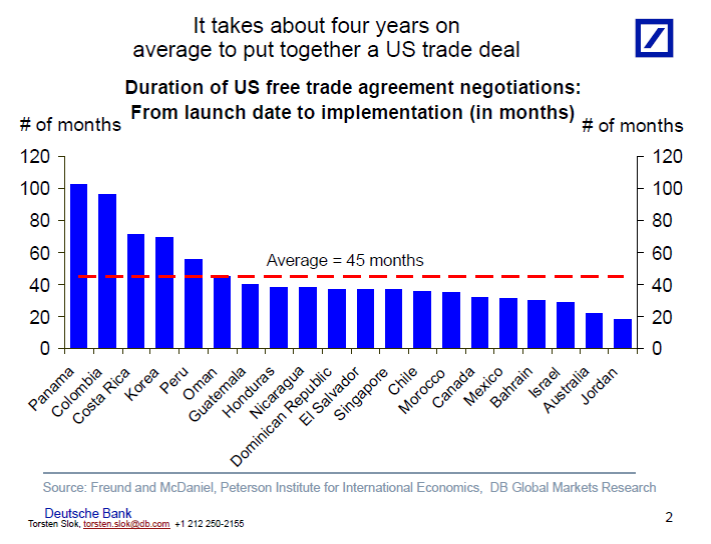 But this is 2018, not 1948, so one does have to ask the question, "Does the US tax payer really need to subsidize the economies of our friends in Europe and Asia to the same degree today, as was needed in 1948? It is a reasonable question, and one that should have been asked long before 2018. Perhaps the answer to that question might even be, "No, it doesn't". If that is the case, it could free up billions of dollars that could be returned to US taxpayers, whether through tax cuts, more money spent on our decaying roads, bridges, freeways, rail lines, and airports, the better defense of the country, and improved social programs.

Interested in how the current trade negotiations could impact your portfolio? Let's Discuss it Today!

3. The Trade Issues with China are not about Trade, They're about Chinese Aggression

China is on the move, trying to spread its global influence economically, and militarily. A recent issue in Southeast Asia brings this point to light, as China threatens military action in the South China Sea. Oil and gas companies with interests in the area are put in a bad place. That was the case for Spanish energy firm Repsol. In July, its subsidiary Talisman-Vietnam was ordered by Hanoi to stop gas drilling in a China-claimed area after Beijing warned that it would attack if their oil drilling operations continued.

Further, a months-long investigation by the United States confirms what academics and the private sector have long known-- that Chinese illicit practices rob the U.S. economy due to intellectual property theft alone to be between $225 billion and $600 billion annually. The commission’s 2017 report named China as the “principal IP infringer.”

Over the past five years, China’s state-backed global information strategy has been radically overhauled and expanded. The Chinese government is ramping up cultural and educational soft power efforts, boosting aid programming, upgrading efforts to influence politicians and political parties in other countries, and taking a more assertive approach to shaping global narratives about China and about China’s developmental model. China’s strategy is to expand its influence over information in many nations, including in Southeast Asia but also in the United States, Europe, and other parts of the world in an effort to wield greater influence within other states’ political systems and societies.

The recent US trade sanctions against China are the first push-back against Chinese expansionism, threats to US allies and interests throughout the world, and to the US economy itself.

4. Tariffs Do Not Cause Recessions or Stock Market Collapses

The myth that the Stock Market Crash of 1929 and the following Great Depression was caused by the passage of the Smoot-Hawley Tariff Act has perpetuated for decades, and is commonly referred to by the media every time the United States has a trade spat with our major trading partners.

A look at the facts, however, shows that this is really a poor argument. For starters, Smooth-Hawley wasn't even passed until June 17, 1930 – nine months after the stock market crash of 1929. How could it have possibly caused Black Friday when it didn't even exist yet?

Additionally, the US passed the Emergency Tariff Act of 1921, and the Fordney-McCumber Tariff Act of 1922 – then went on to have one of the greatest periods of economic prosperity in its history, known as the Roaring Twenties. During this period, the US stock market rose dramatically, with the strongest part of the rally occurring from 1926 – 1929. Again, the facts fly in the face of the myth.

On the other hand, World War I led to the wholesale destruction of the European economy, and by 1931 many European countries could no longer support the massive debt load they had accumulated by financing the war and the subsequent attempt to re-build their economies. As European nations began to default on their government bonds, it caused the wholesale collapse of banks around the world. As bank after bank began to fail, depositors began "runs" on the healthy banks, withdrawing all their savings and accelerating the bank failures. Once the banks failed, the rout was on, and a cyclical recession morphed into the Great Depression.

In spite of the headlines to the contrary, it is not time to panic and start preparing for an economic or stock market downturn based upon current trade negotiations. The goal of reviewing trade agreements such as NAFTA, is promote freer trade among our allies, and will result in more prosperity for everyone if it can be achieved, and once again the US is taking the lead in the quest for greater prosperity.

Interested in learning more? Contact us for a free consultation today where we can discuss trade agreements and how it affects you and your investments.

The views are those of Jack Brkich III, CFP and should not be construed as investment advice. All economic and performance information is historical and not indicative of future results. Investments in securities do not offer a fix rate of return. Principal, yield and/or share price will fluctuate with changes in market conditions and, when sold or redeemed, you may receive more or less than originally invested. No system or financial planning strategy can guarantee future results.